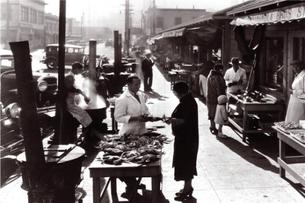 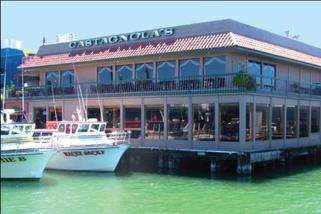 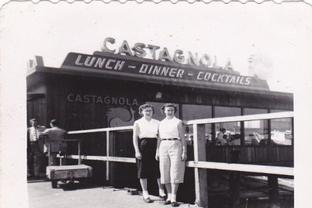 In 1916, Tomaso Castagnola introduced San Francisco and the world to his Dungeness Crab Cocktail creation at the San Francisco World’s Fair in 1915.  The following year Tomaso realized his dream and gave up the fisherman’s life to open a crab stand on Fishermen’s Wharf.  Tomaso quickly gained a reputation among local San Franciscan’s as well as travelers for fresh fish and cooked crab which he purchased from the local fishermen daily.  Tomaso also served up hearty steaks and chops to the fishermen after a long day at sea.  The crab stand became Castagnola’s as it is today and continues the tradition of selling fresh seafood, steaks & chops with the same friendly service of yesteryear.  Since then, Castagnola’s has been privileged to serve guests from all walks of life from every corner of the world.  The restaurant, located on San Francisco’s Fishermen’s Wharf, is part of San Francisco’s fine dining traditions.
In the dramatic setting of the waters of San Francisco Bay, diners can still watch fishermen bringing their boats to dock, and unloading the day’s catch.

Early residents of the San Francisco Bay Area brought with them traditions that grace our tables at Castagnola’s today:

If you begin your meal with a glass of wine, consider our wonderful house wine, Sycamore Lane, produced in Napa Valley from the same family since 1947.

Next in your repast you will encounter the sourdough bread from our own local Wedemeyer Bakery.  Few things reflect the exotic flavor of San Francisco, than its world famous sourdough bread.  It is said that something special in the air makes this bread unique.  Wedemeyer Bakery has captured this wonderful tangy flavor perfectly since 1936.

Thank you for your patronage and we look forward to serving you again.